Posted at 14:31h in Nightlife and bars by admin 0 Comments

Budapest is a fast developing city. Not a month seems to go buy without new building springing up or a busy city square getting a much needed renovation. Also gaining speed is the gentrification of certain neighborhoods in the city – particularly the Jewish Quarter in the centre.
But, if you’ve come looking to immerse yourself in a little retro Budapest, then don’t lose heart, because there is still plenty to find if you go looking. Here’s where to start: 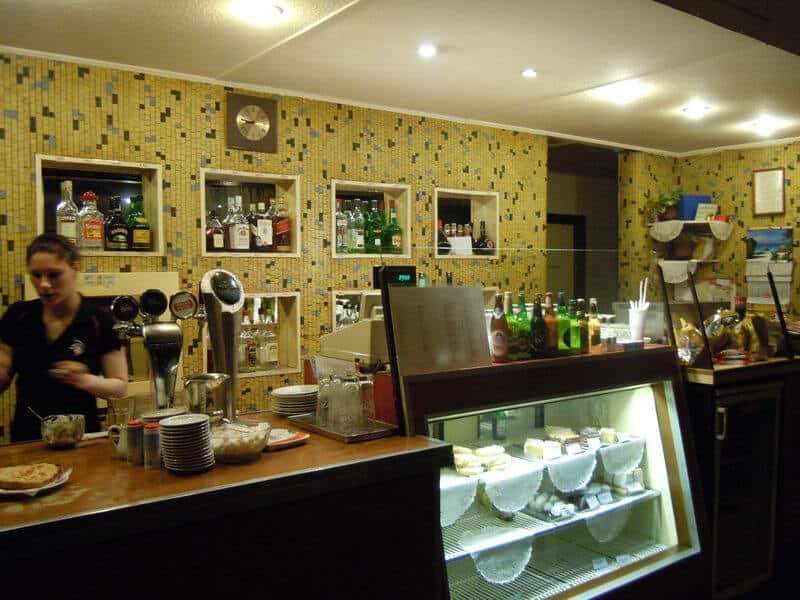 Budapest is very much in the midst of a third wave coffee renaissance, with artisan places dotted all over the city. However, if you want to enjoy coffee the way Hungarian used to – usually black and with a nice cake alongside – then head over to Bambi Eszpresszó, one of the oldest and most charming coffee houses still going strong in the city.

Known as a popular haunt for Buda-side intellectuals – considered the nicer side of the river – it still has the same interior design and atmosphere it’s had for decades – making it a great place for local people watching. Oh and their tasty breakfast is basically available all day.

Another place dealing in artful retro, Táskarádió Coffee is a great place to take the kids on account of the sheer amount of toys on display. Located in one of the nicer, newly renovated parts of the city, and close to the Danube banks and the famous Váci shopping street, it’s a great place to stop in for a break after a morning or afternoon spent exploring.
Whether you just stay for a coffee or tuck into lunch, you’ll find plenty to look at, both on their menu and in their interior.

In the 1960’s Budapest hosted an international faire, which involved building a whole load of new structures, many of them in the City Park. One such building needed was an information pavilion, and so István Vadász was commissioned to draw something up that would pay homage to the great leaders of the era – Lenin and Stalin. With this in mind, a five-pointed star design was submitted and built.
Pántlika Bistro is what became of the pavilion, and one of the few remaining structures from the time that’s been kept as it was, complete with old Hungarian style furnishings and fixtures and now serving great world-themed burgers, craft beers, wines and pálinka. Much is it’s popularity, the place is often packed all summer long.