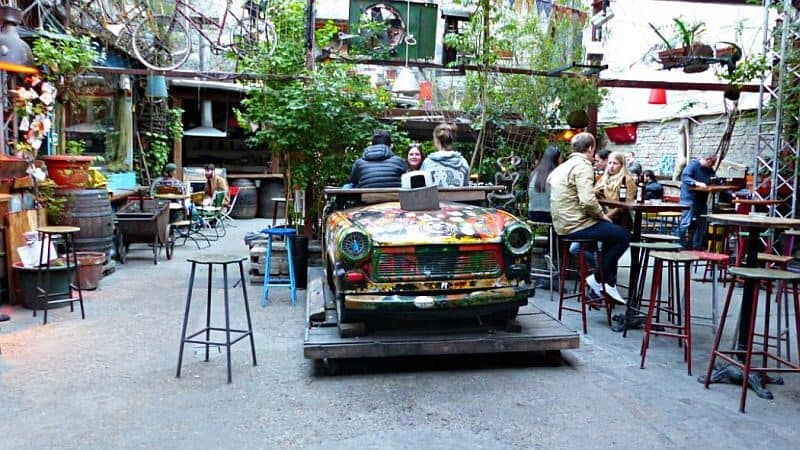 Posted at 16:23h in Nightlife and bars by admin 0 Comments

Chances are if you are visiting Budapest, you’re certainly going to check out a ruin pub. With cheap beer, good music and crazy decorations they are a big part of what makes Budapest’s nightlife so amazing – and they are a refreshing alternative to the chic design, neat furniture, and sophistication that so many other cities strive for in their bar scenes.

You see, ruin pubs thrive on being unapologetically different, and one way they tend to emphasise the unusual is through grand, often crazy pieces of artwork. While they all share the same kind of laid back, hodgepodge atmosphere, each ruin pub has something that makes it stand out, and this is what we’re going to look at today.

Szimpla kert is the city’s original ruin pub – the godfather to all the others. Opening on Kazinczy utca in 2004, Szimpla changed the entire drinking scene in Budapest. Created by some friends who wanted a laid back, cooler-than-average place to drink, Szimpla kert is arguably the busiest i.e. most touristic pub in the city.

Originally, its eclectic style was not simply for aesthetics. Rather, it was out of necessity that the owners had to decorate the pub with all the treasures (or junk, depending on your decorating preferences) you would find at a flea market or in your grandparent’s attic – they didn’t have a lot of money when they first started.

The biggest showstopper at this funky pub has to be the Trabant car, gutted, spray painted and filled with a table and some chairs. If you’re unfamiliar with this vehicle, find an older looking Hungarian and ask them about it. They might have fond memories of what was essentially the vehicular face of socialism – the East-German made car that was sturdy, if a little unreliable – and just about the only thing a local could afford during the Communist times.

Good luck finding it free in the evenings as it’s one of the most popular places to sit – but you can always pose with your beer for a photo next to it.

Join our guided tour of the ruinbar scene of Budapest   BOOK NOW! 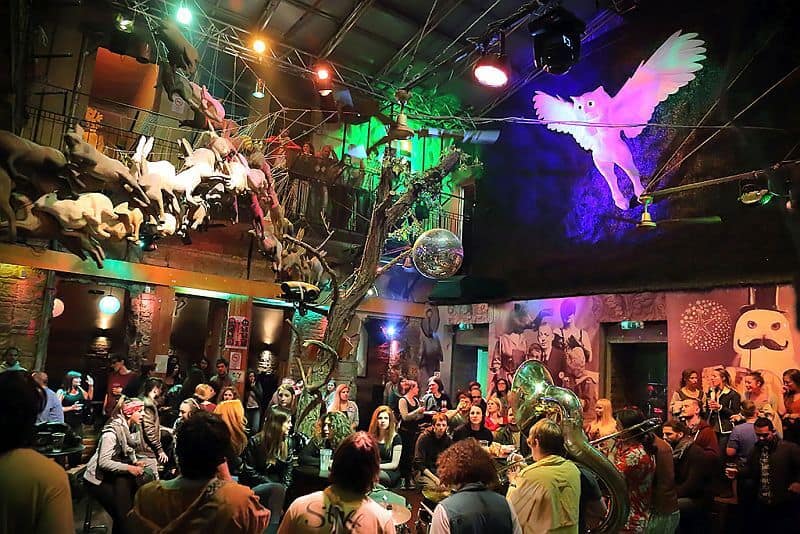 Next up is Instant – a place you’ll either love or hate, depending on your enjoyment (or not) of cheap drinks and tourists from all over, packed onto two floors of sweaty dance space (26 rooms and 7 bars apparently!).

What we can promise you will enjoy, however, are some of the quirky installations and decorations you’ll find adorning the walls. These include a rotating disco pig in the pop room and the most memorable of all – a somewhat menacing giant owl that will watch over you if you decide to take a breather with a beer in the bar’s giant courtyard. 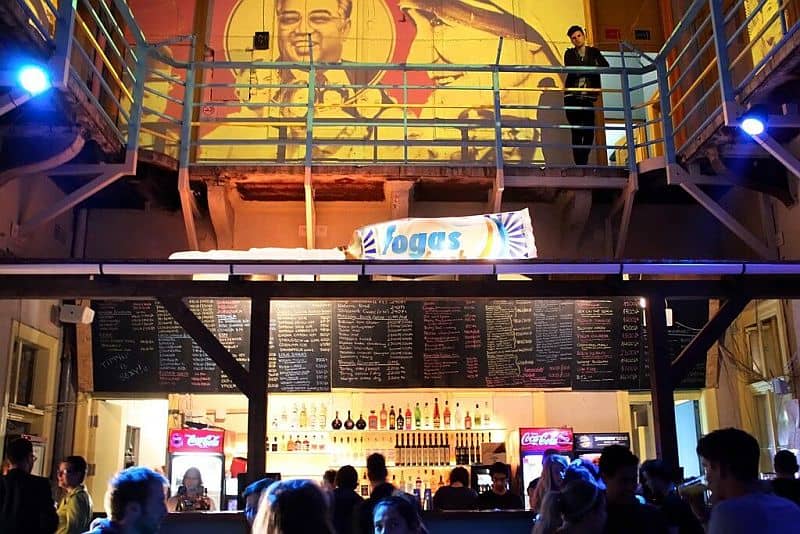 Fogasház – which translates to “house of teeth”, a homage to its former life as a denture repair shop – can be viewed as a halfway house between Instant and Szimpla, a ruin pub and a dancefloor co-existing in nightlife harmony.  If you like good music and a good place to dance, Fogasház is sure to please and has great DJ’s spinning their tracks nearly every evening.

Speaking of references to its former life, take a look for the huge tube of toothpaste in the party room. If dancing is not your thing, when the weather is right, chill with friends in the outside garden, covered with hip, mismatched tables and chairs, string lights and a good atmosphere. 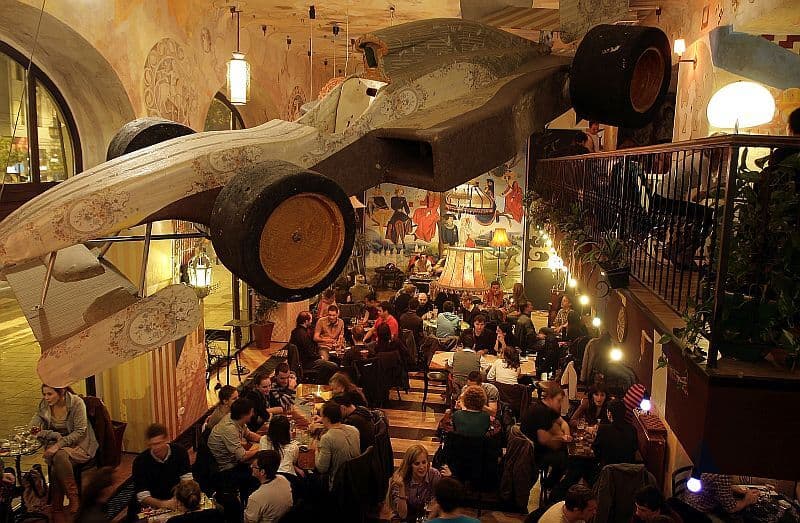 If you’re looking for a ruin bar where you can sit and chill, chatting with friends, Szatyor Bár is the place to be. Over on the Buda side, and in the heart of one of the city’s newest up and coming districts, it’s well worth a visit if you’re seeking off the beaten track.

Opened during the day as a café as well, this pub offers daily lunch menus and a quirky and fun atmosphere. Though this ruin pub is more laid back than the others on this list, don’t forget to look around –  for example, the floating car suspended from the ceiling and the Barbie head is quite a sight. Who doesn’t like a child size Barbie head?!

OFF THE BEATEN TRACK RUIN PUBS IN BUDAPEST