Guide to Ethical and Sustainable Tourism in Budapest 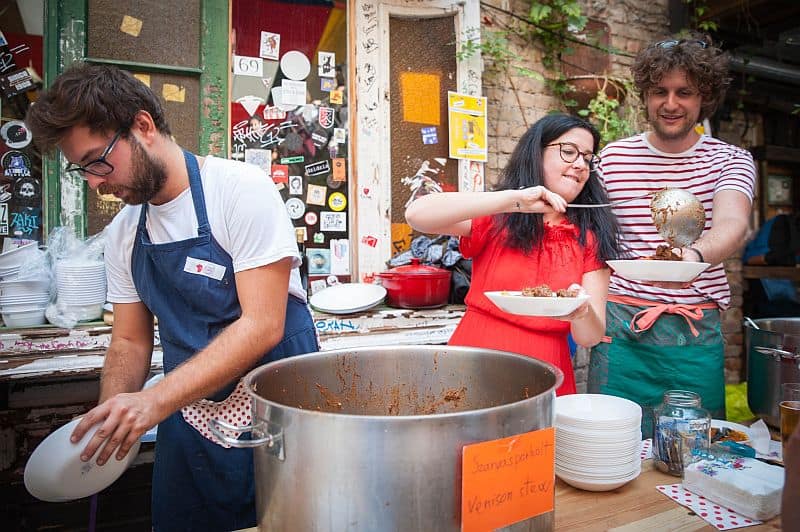 15 Nov Guide to Ethical and Sustainable Tourism in Budapest

Posted at 12:04h in Design and shopping by admin 0 Comments

You know what they say, “take only pictures, leave only footprints.” Tourism has become a tricky topic in Europe. Cities like Venice, Barcelona, and Dubrovnik creek under the weight of visitors, and Budapest is slowly ranking at the top for the number of tourists hitting the city for a weekend break.

Now, we’re not telling you to not to come to Budapest – quite the opposite – but if you’re planning on visiting and you want to do your bit to keep things sustainable, we have a list of places you should check out to give back to the city, environment, and the community.

Souvenir Shopping with a Cause: Kabinet Galéria 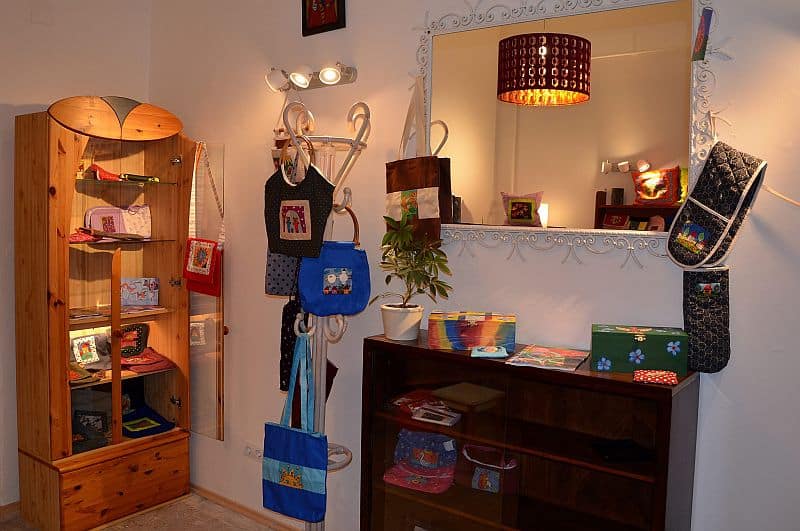 Pick up a few colourful souvenirs from this Palace District gallery and shop. You buy bags, jewellery, ceramics, paintings or postcards, among other unique items that are ready to go home with you in your suitcase. You won’t just fly home with something truly special, but the money you pay helps go support artists and children who come from underprivileged backgrounds.

The shop works with several NGOs, like those who support children living in poverty in eastern Hungary or those with psychiatric disorders, so you know your shopping money is going to a good cause. 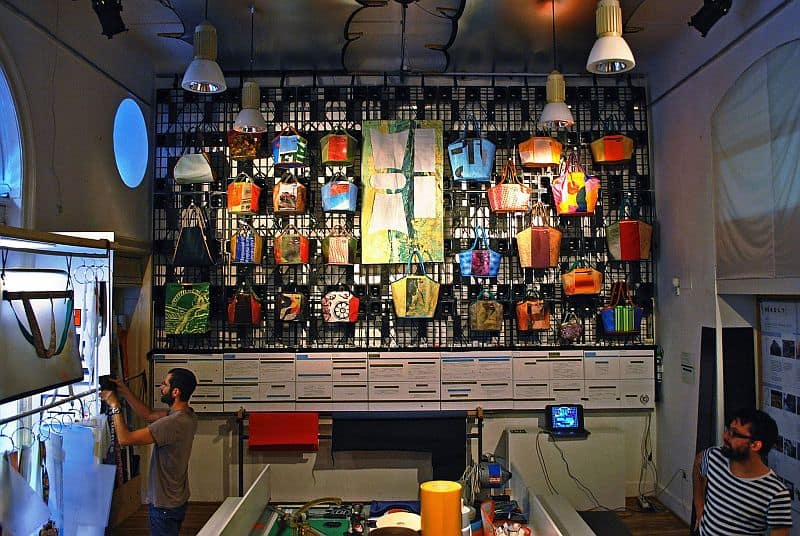 This independent design workshop reinvents the concept store with its interactive approach to selling bags. Not only are the bags here made from organic and sustainable ingredients but you can also become a part of their creation.

Sure, you can just pop in and buy a durable, unique, eco-friendly bag, but you also have the choice to compose your own bag from pre-cut parts and have the friendly guys at the Medence Csoport sew it up for you in a few days, or you can even cut the parts yourself! 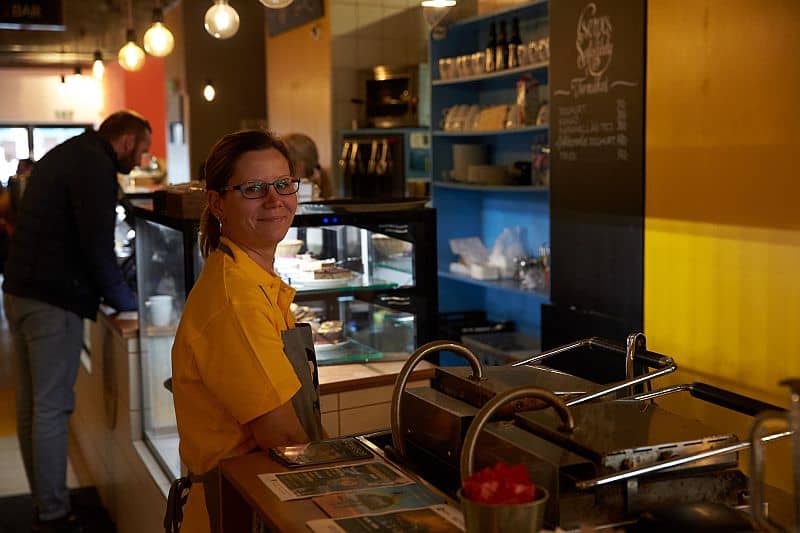 Grab a cup of coffee in this trendy cafe just off Kalvin ter. This industrial chic cafe with edison bulbs dangling between and hanging birdcages housing teddy bears; Premier Kultcafé is not just another new wave cafe, but it’s Europe’s largest disability friendly cultural space. The cafe is run by the “Adopt a Teddy Bear Foundation” and its mission it to offer people with disabilities working opportunities.

You can be sure you’re welcomed with a cup of coffee and much love. Check the program on their site – they have their own cinema and often have interesting screenings on offer. 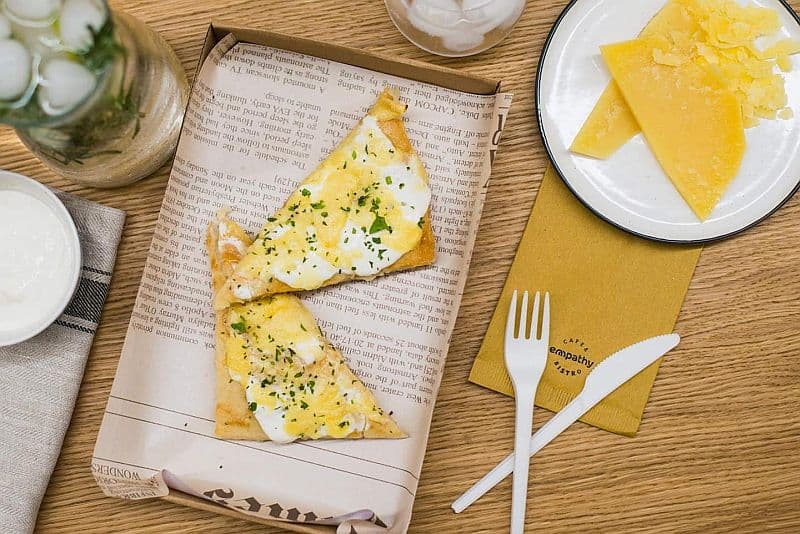 You can also sip on a coffee and munch on a tasty snack at the newly opened Empathy Cafe. It looks like another trendy cafe with exposed brick, raw wood designs, and specialty coffee, but it’s run by the Hungarian Red Cross. The charity runs a number of events at the cafe like blood drives and charity events.

You can get lunch of a budget here, good wines, and also be mindful of your carbon footprint at the same time with the cafes eco friendly mindset; plastic waste is limited, cutlery is recyclable, and the water is filtered and doesn’t come from a bottle. You can grab breakfast, pastries, or even enjoy a glass of wine with a cheese plate. Purchases all go back into the Hungarian Red Cross. 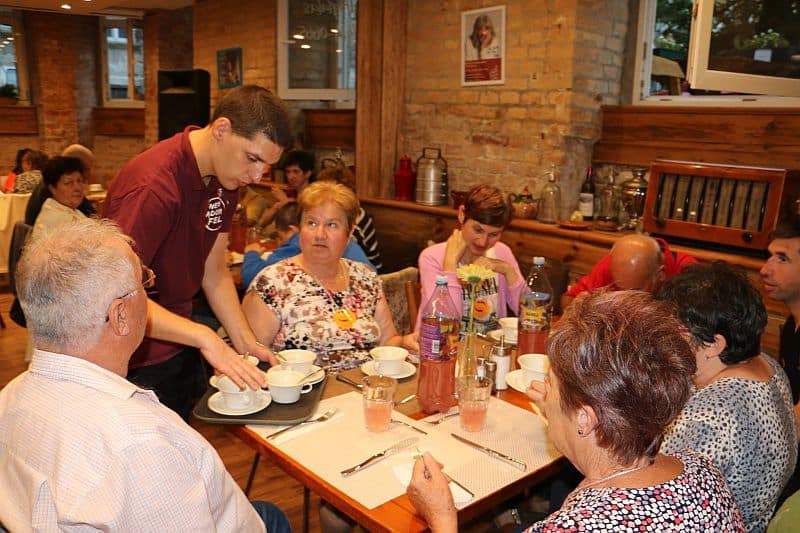 Another gem in the VIII District, Nem Adom Fel, was Hungary’s first cafe and restaurant operated by people with special needs and disabilities. The cafe, appropriately meaning “I Won’t Give Up”, gives those with Down’s syndrome, autism, and the hearing or visually impaired, a chance for employment. The cafe resides in a sleek, modern, wheelchair, and dog friendly (not just for guide dogs), space.

The operations here are a little different to other cafes. You’re directed by a member of staff to order at the counter and pay there, and then the waitstaff will bring your order to the table. If you’re hungry during the week, head over for their daily menu two course menu, which is a bargain at under 1000 HUF (around 3 Euro). They also host events regularly, like film nights, round table discussions, and concerts.

You can visit Budapest’s most famous ruin bar while giving something back. Just head down on Sunday when the farmer’s market is in full swing and head to the back of the garden to the cooking station. Here you can get some freshly cooked food – usually a soup or a stew – for the price of a donation and your money goes to a good cause.

Each week a different charity sets up shop to cook and raise money, like the Budapest Bike Maffia, who work with poor families and homeless people, Budapest Voices who collaborate with Unicef, Hungarian Hospice Foundation, and other charities, like those affiliated with animal shelters. It’s a good idea to arrive early before it gets too crowded – you can have a look round the market as well, which sells artisanal cheeses, cold cuts, vegetables, honey, and jam. You can do a spot of alternative food shopping before getting lunch.

So next time you’re in Budapest, don’t worry about being a tourist. If you make ethical choices you can enjoy your time here knowing you’re contributing something to the city and you’ll take home memories and not just photos. 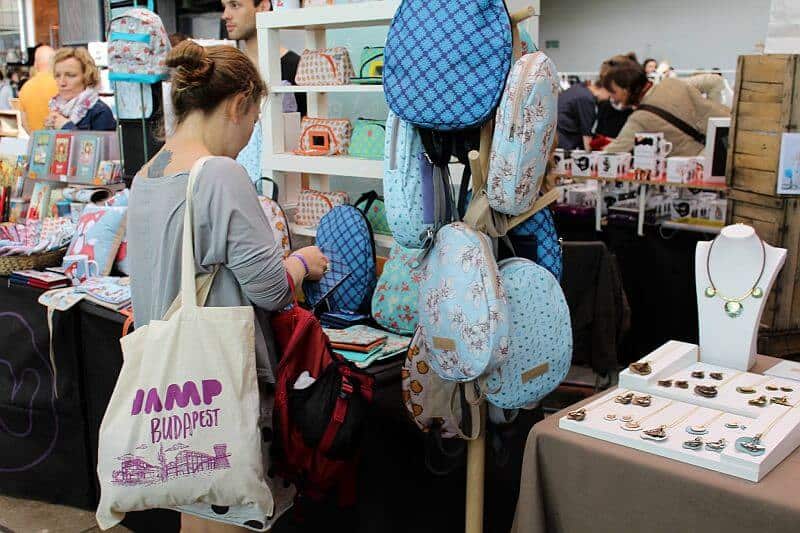 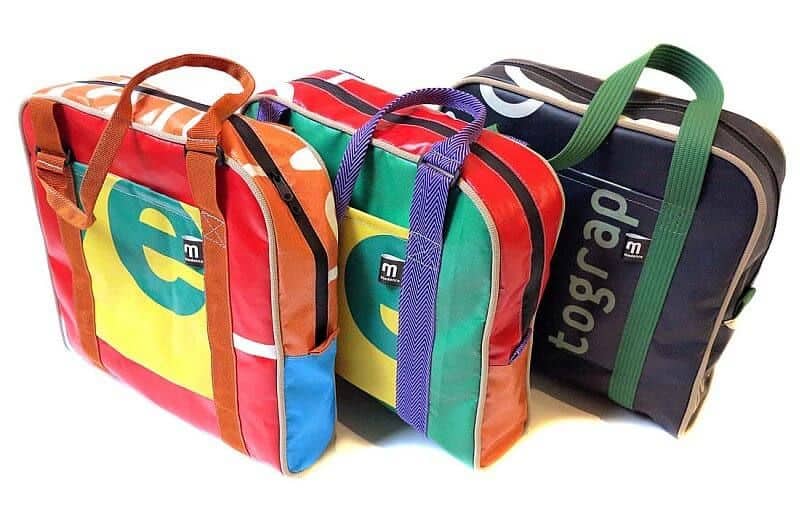