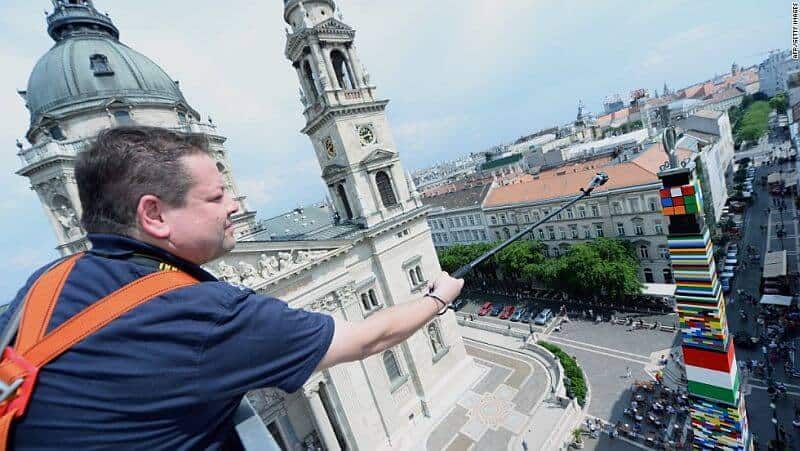 Posted at 16:47h in Urban adventures by admin 0 Comments

Every city has it’s cool spots – the places that not every tourist gets to see. Finding them is part of what makes travelling fun. Likewise, every city has it’s cool facts, the little gems of information you pick up from talking to locals or touring the city with an insider. It’s these that you tend to remember long after your trip has ended.
If you want to get a head start on some of Budapest’s – here they are:

Ever seen a movie based in Paris or Moscow? Well it was probably filmed in Budapest 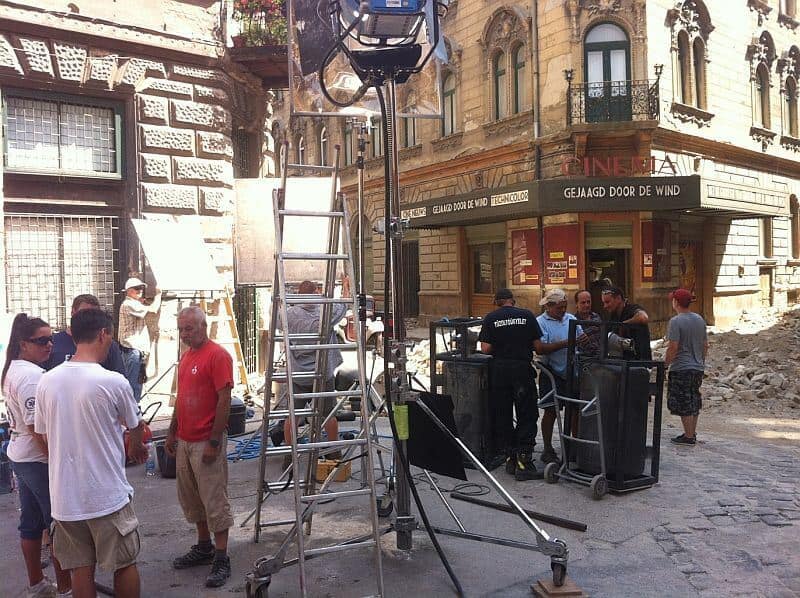 To your average Budapestian, the sight of a movie crew taking over a whole street in Budapest isn’t too unusual. In fact, it usually triggers some intense speculation into which A-list Hollywood star is in town.

Thanks to the diverse range of architecture found in the city, it can be dressed to look like anywhere from Paris and Moscow, to Berlin, London, Vienna and even Buenos Aires. That, combined with the 25% tax rebate on offer to filmmakers, and Hungarian’s hard-working reputation make Budapest a popular shooting location.

Blockbusters filmed in Budapest include A Good Day to Die Hard, Tinker Tailor Soldier Spy and Evita. World War Z even shot an epic ‘Battle of Moscow’ scene in Budapest – but it was dropped from the final version.

If you really want to dive deep into Budapest’s movie scene, make sure to pay a visit to Korda Studios, one of Europe’s largest sound stages and production complexes. The Martian was recently filmed there.

Budapest has the second biggest largest synagogue in the world – and it has an inspiringly unique design. 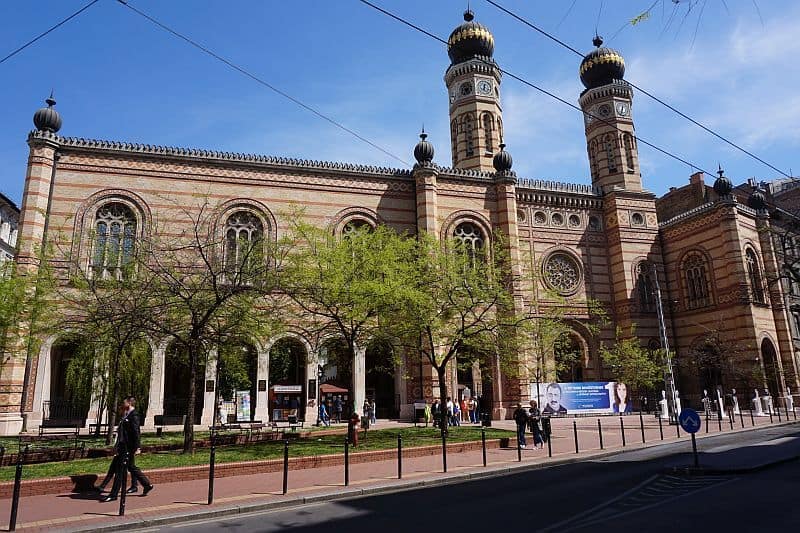 Known as the Dohány Street Synagogue, The Great Synagogue or Tabakgasse Synagogue, this magnificent building sits right in the heart of downtown Budapest and is a must see part of just about any tour of Budapest.

Stunning from both the inside and out – daily tours are available and regular worship services are held – it is the work of Ludwig Förster and was built between 1854 and 1859 in a Moorish Revival style.

Hardly a few months seems to go by without news of yet another world record set in Hungary. One of the most memorable of recent years was when, in 2004, Budapest set the record for the world’s largest Lego tower – stretching 34.75 meters into the air outside St Stephen’s Basilica. The tower was constructed with the help of local school children and thousands of bricks donated by the Danish company. And, in a patriotic nod, it’s topped with a Rubik’s cube, the invention of Ernő Rubik, a Hungarian.

Not content with just that accolade, Hungary has also held records for the most chess games played, the most people simultaneously kissing, the most people eating apples at once and even the fastest 95-year-old swimmer in the world. 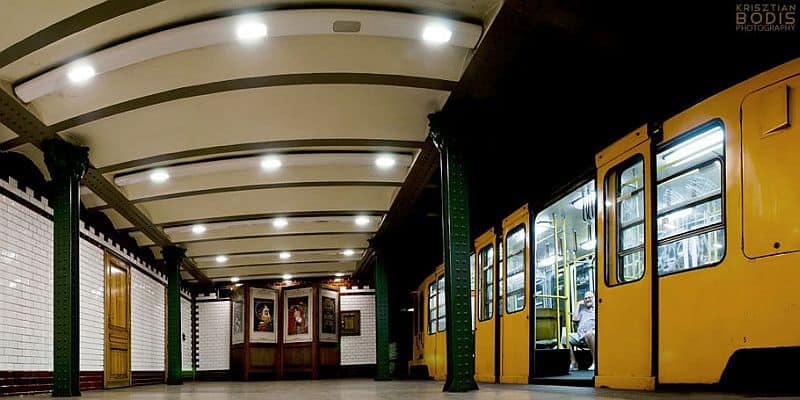 While ubiquitous now, metro lines were once considered highly advanced feats of engineering and the hallmark of a modern city. Budapest has the privilege of having Europe’s oldest – the Metro 1 line which opened on May 2, 1896, with Austrian Emperor and King of Hungary, Franz Joseph I, being one of the first passengers.

A ride on the line today still feels thoroughly old-fashioned. There are no escalators and just a small stairway down to narrow platforms where you can still buy your ticket from someone sitting in an old wooden booth. Once aboard you’ll find yourself in a cramped cart that looks like it hasn’t been renovated in many many years. By way of contrast, Budapest’s recently opened Metro 4 line is practically a work of modern art.

Metro 1 line may as well be known as the tourist line. It starts its journey in the bustling Vörösmarty Square, travels up the UNESCO-listed Andrássy Avenue, past the opulent Opera House on it’s way to Hero’s Square and City Park where you can disembark right outside Széchenyi Baths if you feel so inclined. 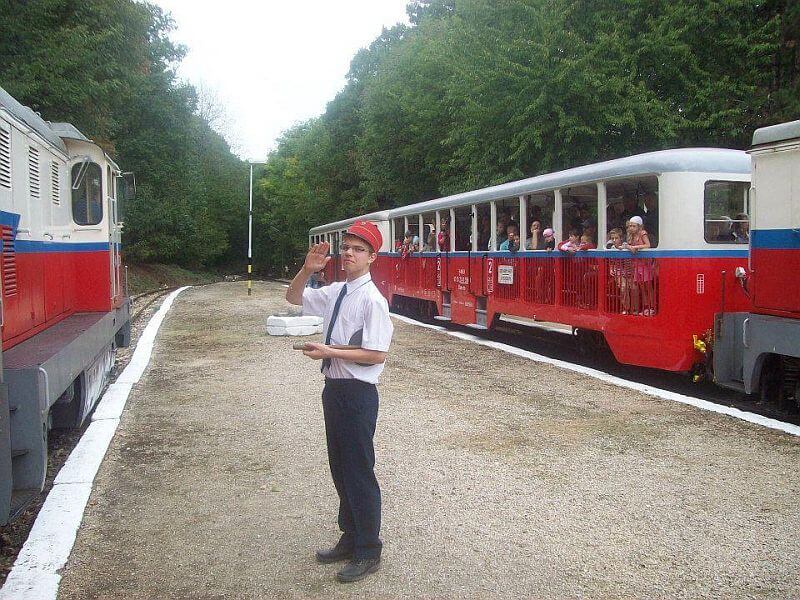 Speaking of railways, Budapest happens to have one staffed by children. It’s a relic of the Soviet era when children’s railways – there were almost 50 built in total across the USSR – were set up by the Young Pioneers group as a way of getting teenagers enthusiastic about the world of work.

Children have to do well at school to get the privilege of being chosen, get days of school to work, and take care of everything from checking and selling tickets to managing the stations and even manning the signals. An adult driver and station master are on hand to keep an eye on them.

Budapest’s Gyermekvasút, as it’s known locally, first started running in 1950’s and, despite a lull in popularity during the 60s and 70s, it lived on through a renovation in the 90s and its recent re-emergence as a popular tourist attraction.

Today, the line runs the 11.2km distance between Széchényi-hegy and Hűvösvölgy and can be easily accessed from downtown by travelling to Szell Kalman Square and taking a tram from there. An adult ticket costs 700 HUF (around 2 Euro) each way.