Posted at 15:36h in Nightlife and bars by admin 0 Comments

With over 20 taps of local Hungarian craft beers, Élesztő was one of the first craft beer hubs to open in Budapest. Housed inside a former glassworks factory, Élesztő has evolved into a more than just a bar. You’ll find its Hopstel, a hostel for beer lovers, Importer, a bar specialising in imported craft beers, among other bars and cafés. But the crowds flock to Élesztő for its range of local beers, and for the more adventurous you’ll also find beer cocktails to try out. 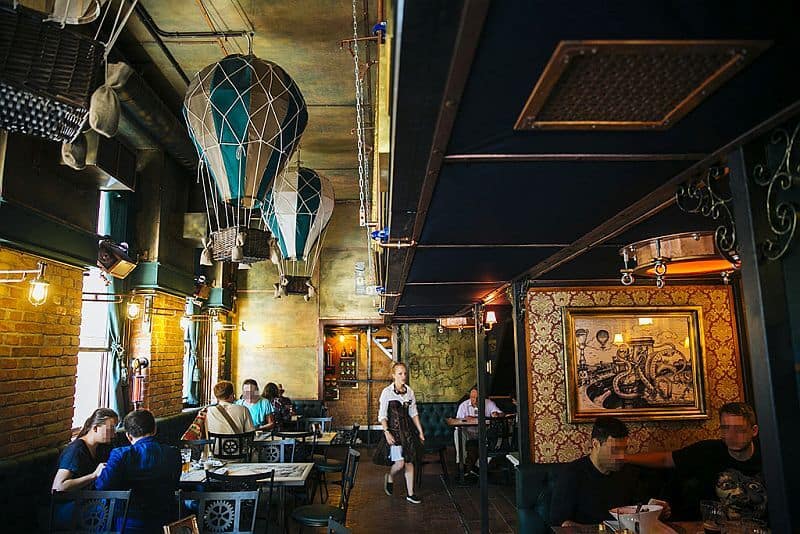 A new kid on the block of Budapest’s craft beer scene, many come to Krak’n Town for the steampunk decor and stay for its beers. Located just next to Rákóczi Tér, Krak’n Town looks like something straight out of a Jules Verne, with suspended hot air balloons and portholes that are straight out of the Nautilus. However, the bar serves a selection of local craft beers that alternate on a regular basis, so you can attend often and try a different beer each time.

Located in the modern Bálna, a glass structure on the Danube named the “Whale” in Hungarian, Jónás is a craft beer house with views over the river. When the weather is good, you can sit out on the terrace and enjoy life as the Danube simply swims by, but Jónás is worth a visit for its special beers. There is plenty to choose from, some of which are unique to the beer house, like Arany Jónás. And if you’re with someone who is not a fan of beer, you can find excellent coffees and other drinks on offer. 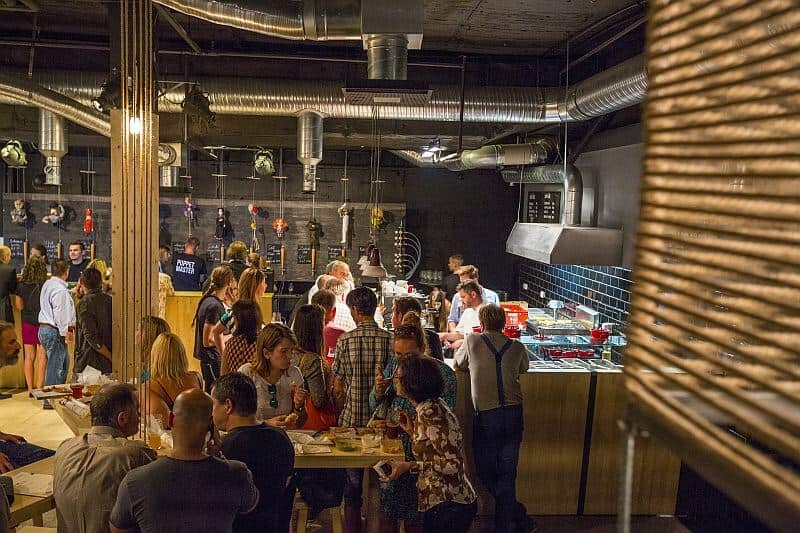 Set in the same building as the Mariott Hotel, the Marionette partly takes its name from its affiliation with the hotel, but also from its theme of Marionette dolls. The bar is set up with a selection of beer taps attached to various puppets, which move when your beer is pulled. So if you’re not sure which beer to pick, you can simply choose by which marionette doll takes your fancy. 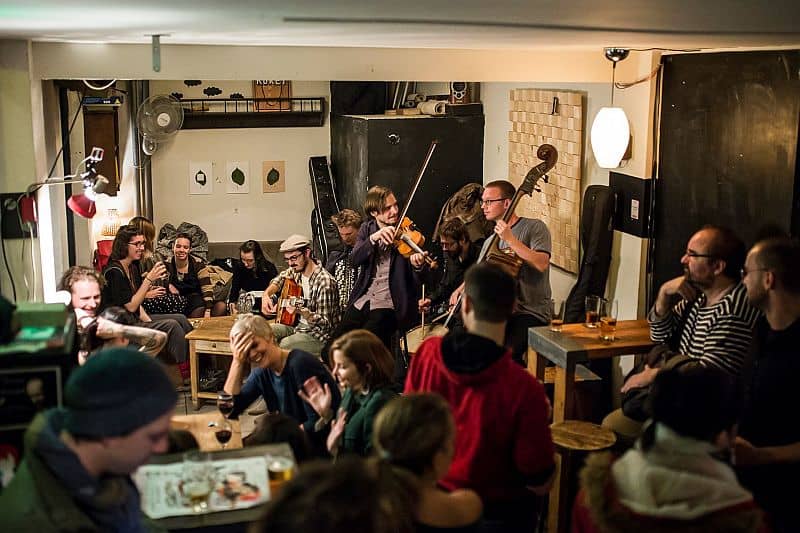 A gritty classic in the heart of the Jewish Quarter, Fekete Kutya (Black dog) is known for its beers and its pogácsa, a type of savoury scone. The bar and gastropub has a relaxed feel, and you can find a selection of good beers either on tap or by the bottle. It’s a good place to stop if you find yourself in the city centre and looking for some craft beer. 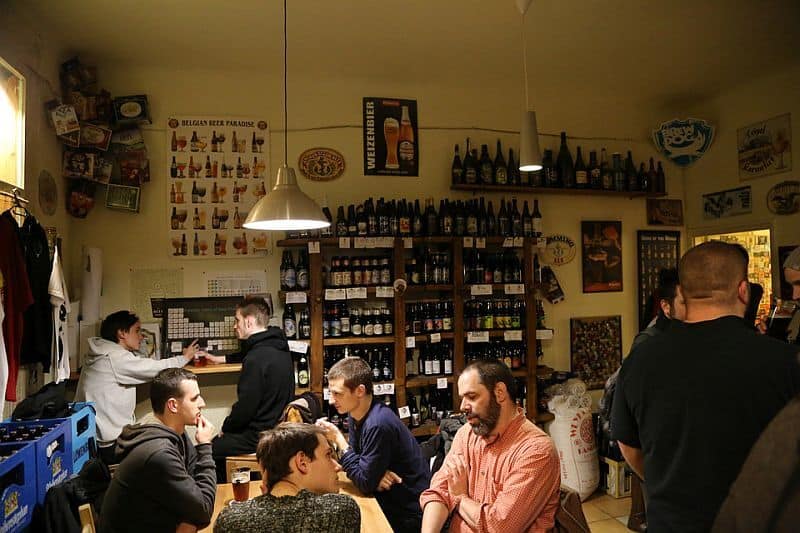 While technically a shop selling bottles of craft beers, you can actually pop into this small place on Kertész utca for a drink. You’ll find craft beers from the world over, and while it’s not like a conventional pub, Csak a jó sör lives up to its name – Only Good Beer. 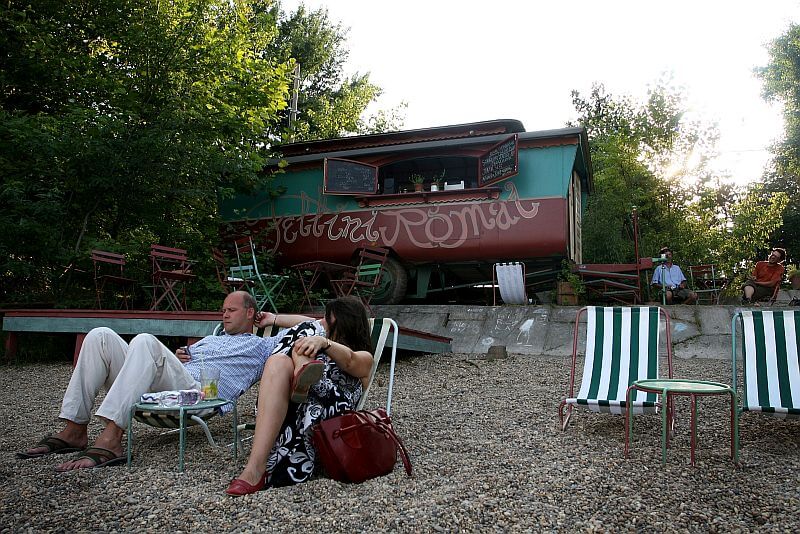 WHERE TO ENJOY A BUDAPEST SUMMER WITH LOCALS 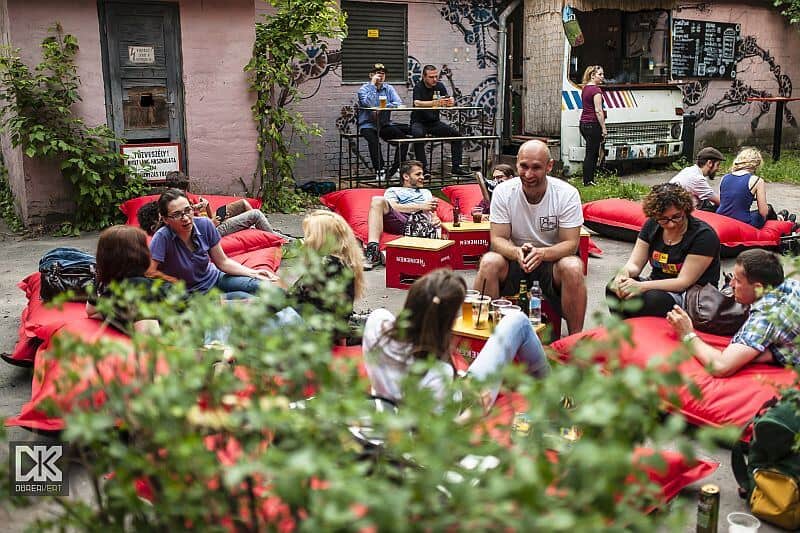 OFF THE BEATEN TRACK RUIN PUBS IN BUDAPEST