Explore the Jewish Quarter of Budapest 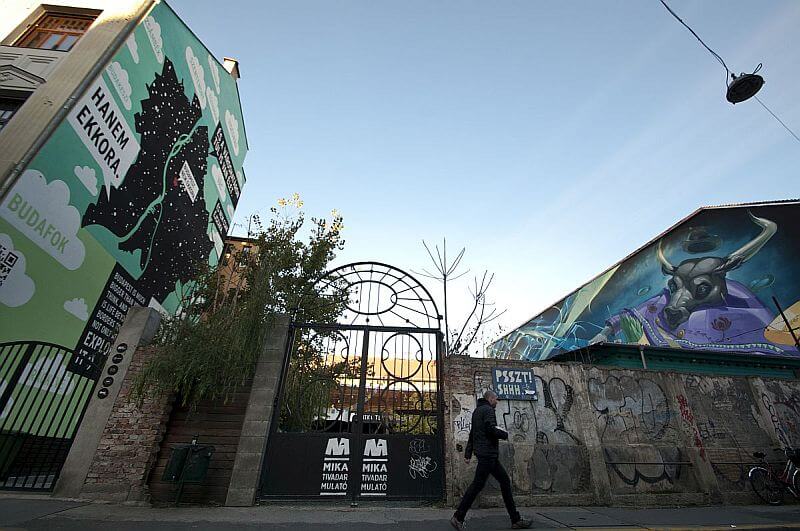 Posted at 14:03h in Neighborhood guide by admin 0 Comments

If you’ve only got a weekend in Budapest, then one of the neighbourhood you must visit is the Jewish Quarter. While it doesn’t have the historical pedigree of Prague’s atmospheric Jewish Cemetery and medieval narrow streets, you’ll still find plenty of interesting snippets of history among the shabby chic lanes of this gentrified district.

Mixing up synagogues and Yellow Star Houses with quirky design shops and eccentric ruin bars, this neighbourhood is one of the most exciting places in the city.

Exploring the Jewish Heritage of the VII District 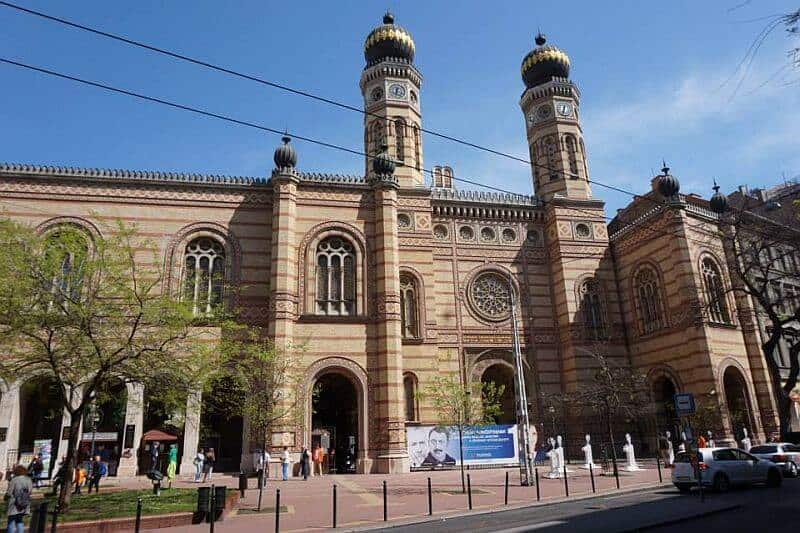 Budapest’s first Jewish Quarter actually law across the river, where the community thrived since the rule of King Béla IV in the 13th Century. Following the Ottoman occupation, the Habsburgs deported many of the Jews, and for centuries they could not live inside the city limits. When Budapest unified Buda, Pest and Óbuda, in 1873, there was already a substantial population in the city. The area known as the Jewish Quarter today sprung up outside Pest’s city walls in the 18th century. The synagogues in the district reflect different aspects of Budapest’s Jewry.

The main synagogue in Dohány street is the largest synagogue in Europe, and the second-largest in the world, belongs to a group known as the Neolog Jews, a uniquely Hungarian branch of Judaism that wanted to modernize the religion with the intention of integrating into Hungarian society.

The art nouveau synagogue on Kazinczy Street, despite drawing its artistic influences from Hungarian folk art, actually, houses the Orthodox community. The third synagogue on Rumbach Sebestyén street served the community known as the ‘status quo ante’, after refusing to join either community or take part in the rift.

Each synagogue is aesthetically different, with the Great Synagogue and the Rumbach Sebestyén Synagogue sporting neo-orientalist styles of their own, while the Kazinczy Street Synagogue follows a more art nouveau look.

Stepping Into the Former Ghetto 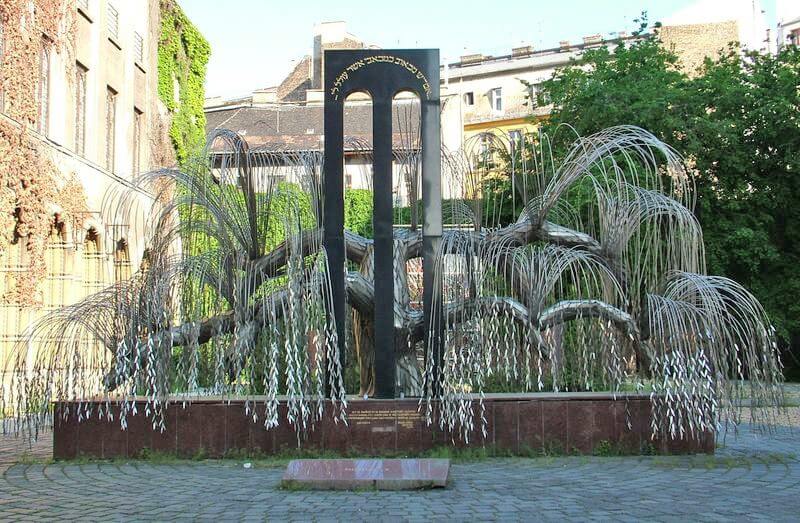 During the summer of 1944, over 2000 houses in Budapest were allocated the Yellow Star label, where the cities Jews had to relocate to in preparation for deportation. Due to the density of the Jewish community in the VII District, many of these houses were found in the Jewish Quarter. However, in the winter of the same year, the ghetto came about, which enclosed 70,000 Jews in a space less than a square mile.

While parts of it were closed in by a wall, much of the border was made up of the walls of the houses themselves and wooden planks. But if you take a walk down Király utca, take a peek into one of the houses close to Gozsdu udvar, you can see the memorial wall that has been rebuilt by the original stones to commemorate the old ghetto wall. 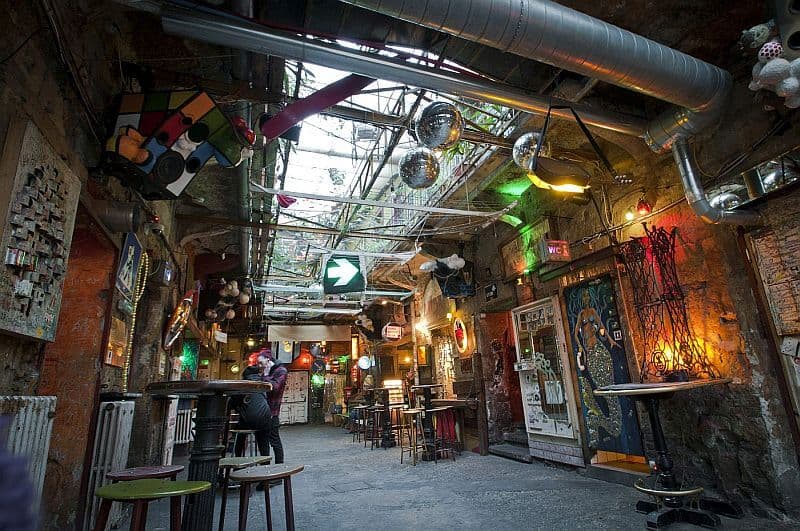 For decades, the Jewish Quarter lay in disrepair with crumbling houses and buildings that were considered for demolition, but ever since Szimpla Kert, the first ruin bar, set up shop, the quarter changed.

Embracing its shabby architecture, the ruin bar scene set the tone for this now. You’ll find the most famous ruin bars here, like Szimpla Kert, Fogas Ház and Instant, as well as lesser-known places like  Kőleves Kert and new-wave ruin bar Mazel Tov.

Along the trendy streets adorned with street art and murals on the once empty firewalls, you’ll find quirky design shops, like Printa, which are loved for their silkscreen prints and upcycling. Another good spot is the Szimpla Design shop next to the famous namesake ruin bar. 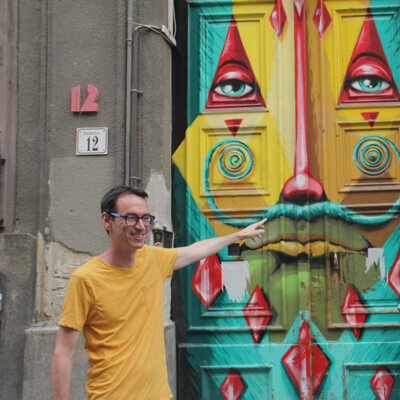 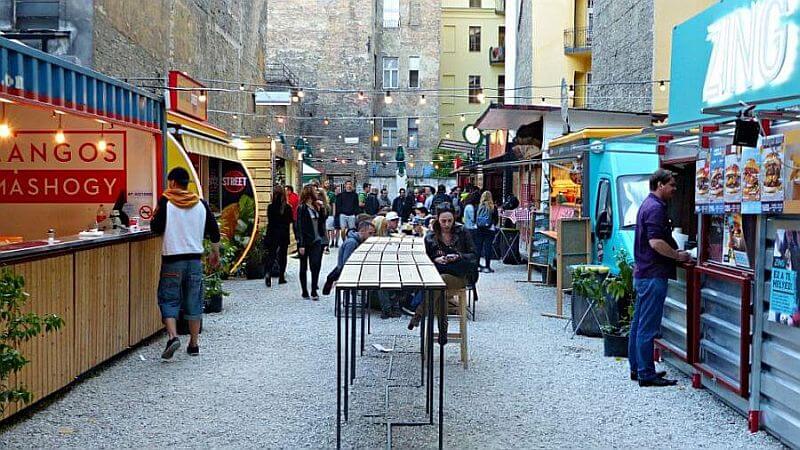 When it comes to to eating and drinking, the VII District also has plenty of place to check out, especially when it comes to the street food scene. If you want a selection of street food in one place, than Karaván, located next to Szimpla, has pretty much everything you’re looking for, from vegan snack to fried cheese, sausages and even lángos.

MAP OF THE JEWISH QUARTER BUDAPEST 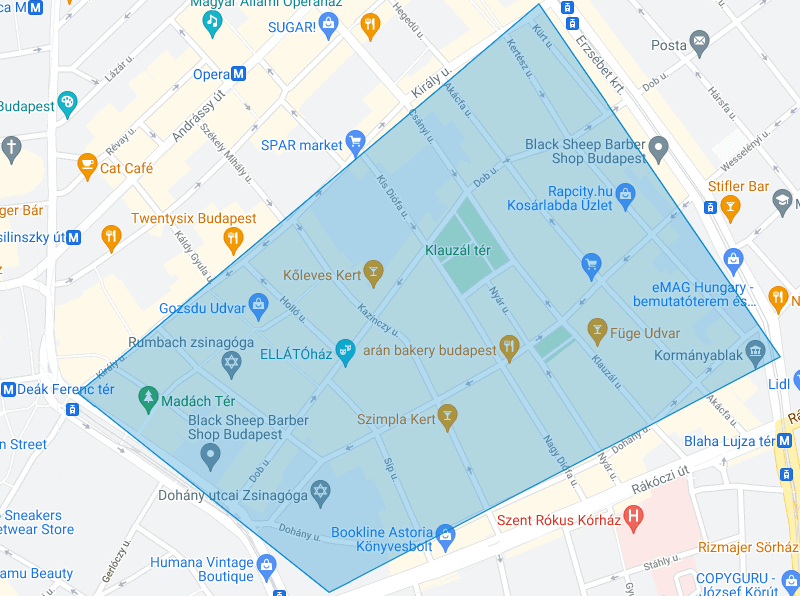 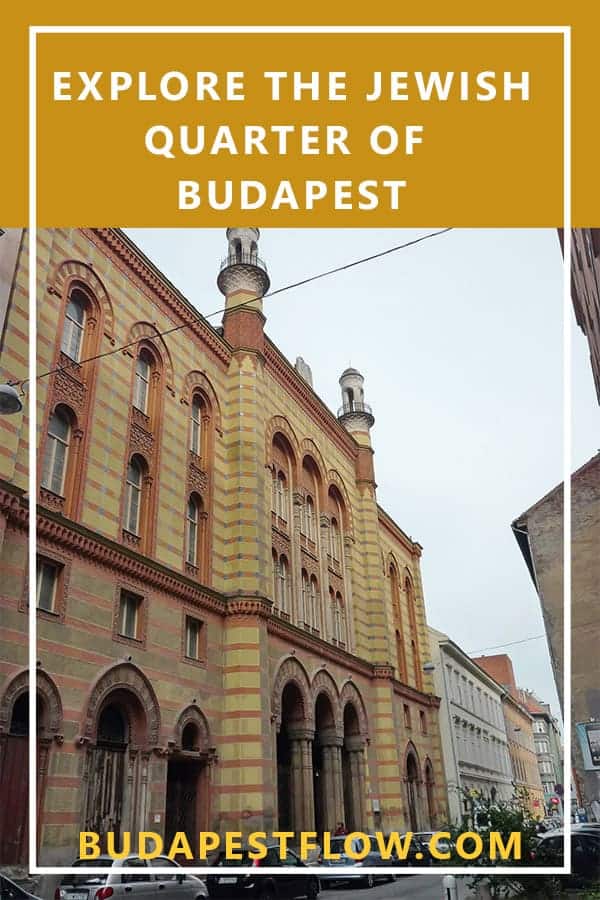 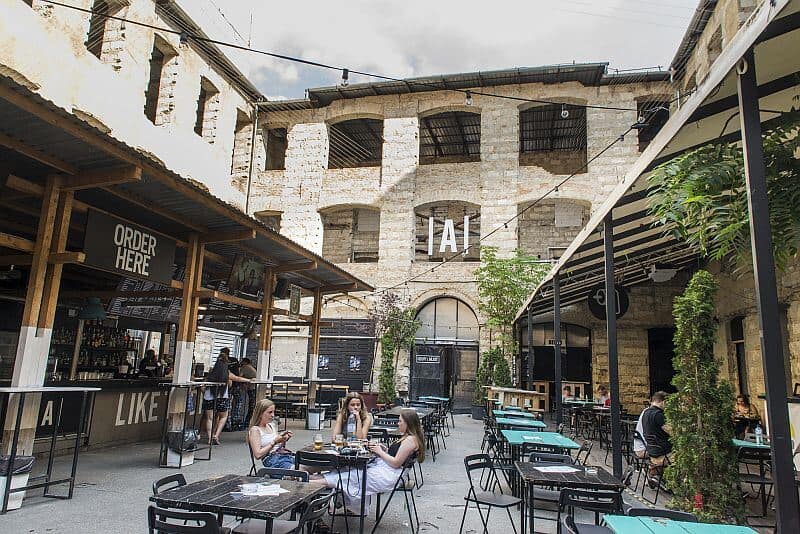 Join this small-group tour with a local guide to explore one of the most exciting neighborhoods of Budapest with ruin pubs, street art, design shops and street food. 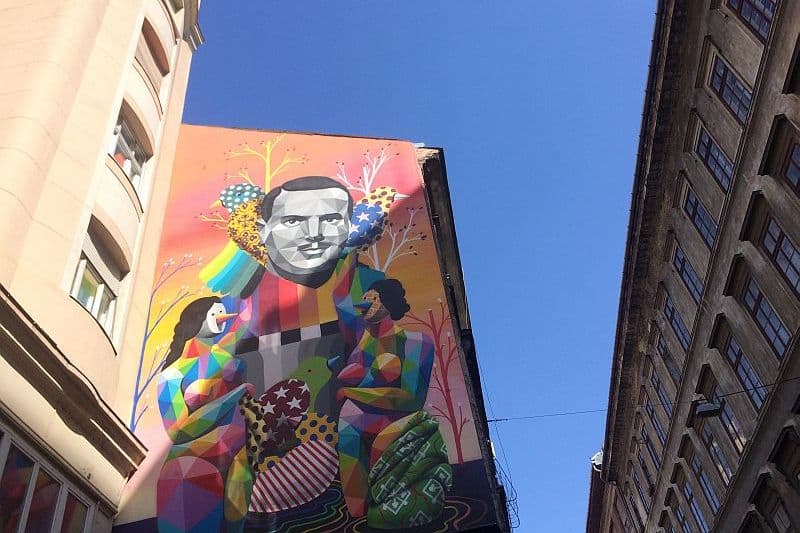 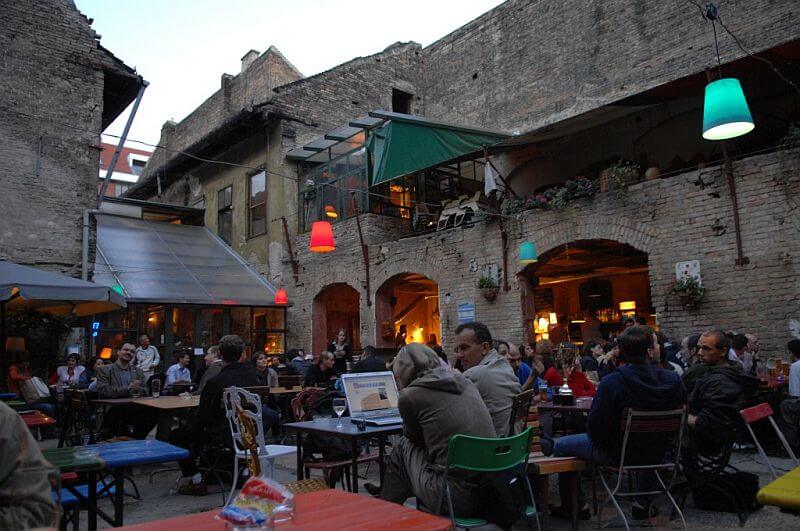 History of ruin bars in Budapest 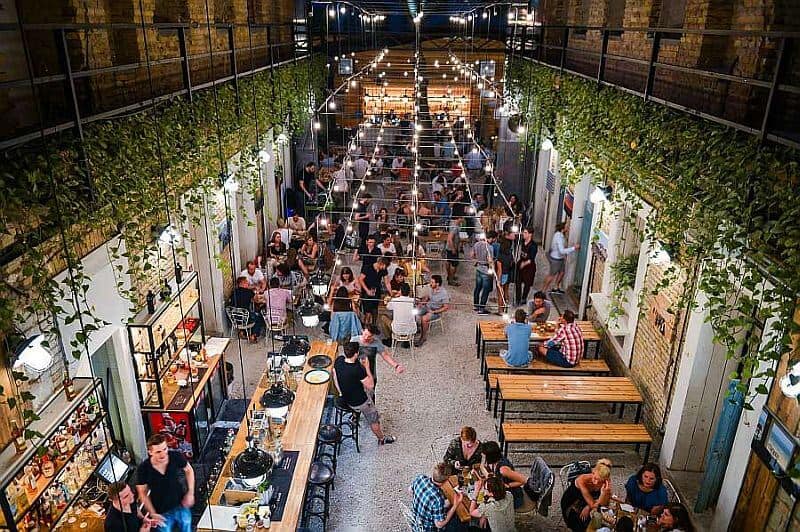 Where to find new wave Jewish food in Budapest