There are two ways of transport available from Budapest Ferenc Liszt International Airport (BUD) to the city center. You can take a taxi, or you can choose public transport. There are also buses which are cheaper but than the taxi.

A taxi from the airport costs around 26 Euro, it usually takes 35-40 minutes depending on the traffic.

How to get from Budapest airport to the city center by bus?

Budapest airport is directly connected with the city center if you take bus line 100E. It operates from the airport to Deák Ferenc tér central metro station which is exactly the city center of Budapest.
Bus 100E departs every 30 minutes and takes approximately 35 minutes. 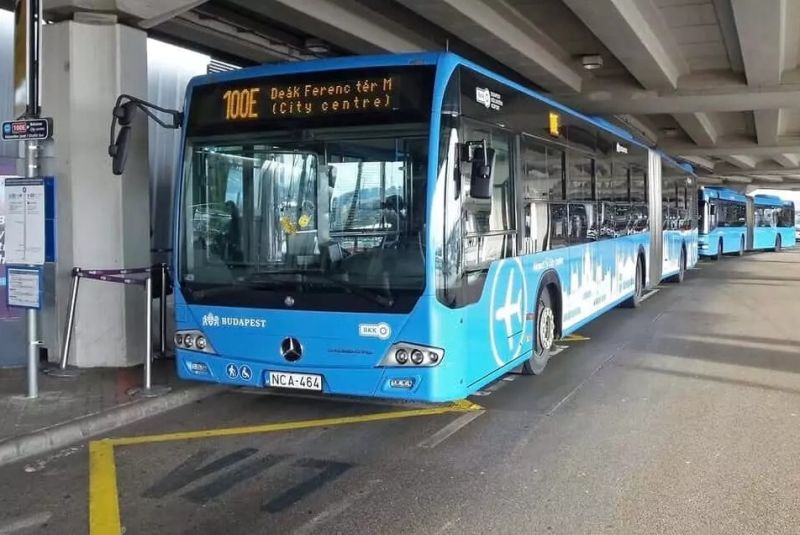 How much is the bus from Budapest airport to the city center?

The airport shuttle bus 100E cost 3€ (900 HUF) per person and can be purchased at the ticket vending machines in the arrivals hall or from the bus driver.

There is also the bus line 200E which departs from the airport to Kőbánya-Kispest metro station. From here you will have to take the M3 metro line towards Újpest–Központ. Ticket prices for both metro or bus are the same 1.15€ (350 HUF).

How is public transport in Budapest?